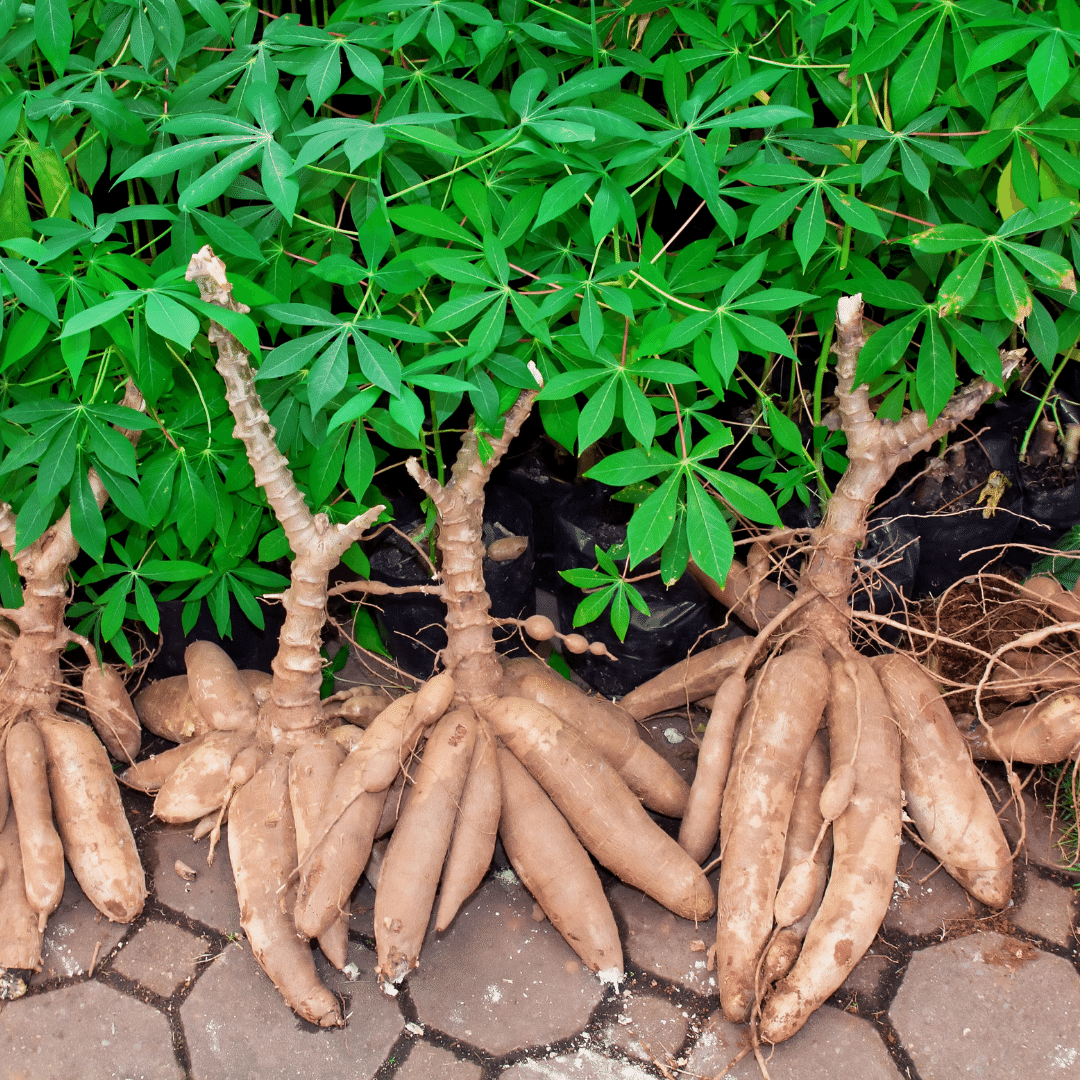 Cassava is one of the three major crops grown in Nigeria, accounting for 15 percent of total agricultural production. Nigeria has a large domestic cassava market and the potential for exporting processed cassava products. This is beneficial for the economy because cassava has low cost of production, can be traded using different currencies from different countries with ease and has a high market value.

Cassava is a major source of nutrition for millions of people in Nigeria as currently provides more than 70 percent of the staple diet of over 200 million Nigerian people making it one of the most important staples in Africa.

According to worldatlas.com, Nigeria produced about 248 million tonnes of cassava in 2014 making it the largest producer of cassava in the world. Cassava is a root vegetable which grows best in tropical regions of the world. It has been cultivated by people since the Stone Age and has been used as a staple food throughout the world. The major part of its production worldwide is for human consumption but cassava has also traditionally been used as animal feed, industrial raw material and plant growth media.

Cassava offers a range of opportunities in terms of the value addition from the product and a market for the crop in itself. While cassava can be consumed as a finished product, it is also used as a raw material to produce several consumer products. Some of the products that can be gotten from cassava include; Cassava paste, garri, cassava flour, fufu, lafun, cassava pasta etc.

The large domestic and international cassava market demonstrates a potential for exporting high-quality cassava products to the growing urban population around the world. The existence of farmers who supply fresh tubers to High Quality Cassava Flour (HQCF) processors all represent entry points for cassava earning potential.

Greenhills Cassava Farmstead is positioning itself to participate at a major entity in that value chain. We are in the planning stages of being the sole off-taker for the cassava produce from the farmstead. We will process the raw cassava tubers creating value addition and potentially triple earnings on the produce from the farms, thereby insulating our investors from the volatile market prices of raw cassava tubers.

According to the Food and Agriculture Organization of the United Nations, below is a trend of cassava prices in dollars as sold in the market up to 2013.

Prices average at about $120 per tonne of raw cassava tubers in the international market bringing the price to approximately N40,000 per ton in today’s value. We project the production of 25 tonnes per hectre with a minimum of 18% ROI from produce sales per hectre of farmland from our farmstead.

We are working very hard to encourage participation of individuals in Agriculture which contributed about 26.95% in the fourth quarter of 2020 to Nigeria’s Gross Domestic Product and also create opportunity for value addition and exportation of processed output to increase the share of agriculture to the GDP figures.

As an investor with Greenhills Cassava Farmstead, you will be a part of this revolution while making a steady and safe return on your investment.

Tell your friends and family to not miss out on this opportunity. Invest today and own your farmland!

HOW TO AVOID INVESTMENT MISTAKES IN 2021 – THE GREENHILLS GUIDE

WHAT IS THE SAFEST AGRICULTURAL INVESTMENT IN NIGERIA?